LET THE STORY BE WHISKY

Here at the Rose & Crown we are proud of offering an extensive range of whisky, not just from Scotland but around the world including Taiwan, India, France (believe it or not) and of course the ever growing & popular Japanese whiskies.

Come and try our local additions to the bar, the eagerly awaited first and second malts to be distilled and released in Yorkshire.

(Hunmanby to be precise) 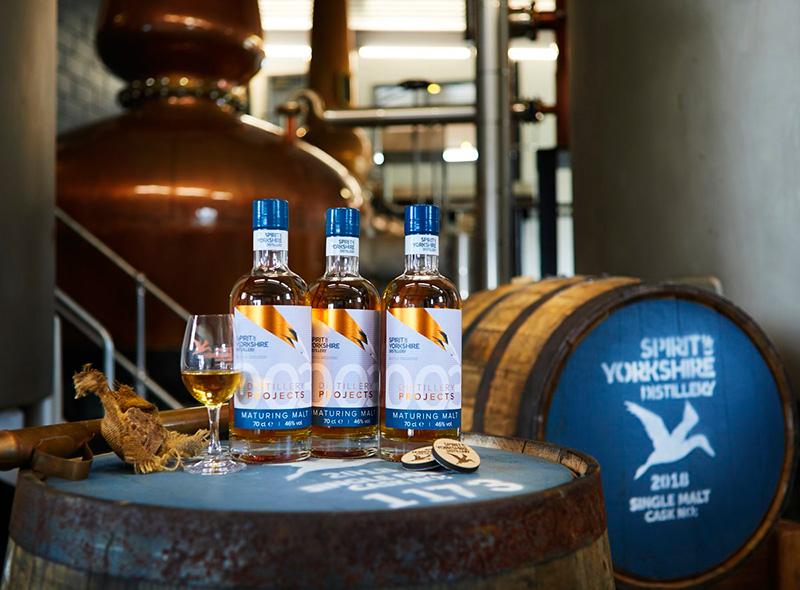 THE SPIRIT OF YORKSHIRE MATURING MALT

We currently stock up to 70 single malt whiskies but also a few interesting, unusual blends such as the Great King Street blended whisky from the guys at Compass Box.

We stock all the classics such as the easy drinking, mellow Glenmorangie 10 year old & the classic Islay Laphroaig 10 year old which is packed full of peat and smoke, not one for the faint hearted.

We are keen to have something a little off the beaten track too, ones you may not see in many places such as the Hepburns Choice specially selected single malt from the Braeval Distillery.

The original Starward facility was actually an old flight hangar in Essendon Fields.

Melbourne’s crazy “four seasons in a day” climate means it takes a fraction of the time it takes to make Whisky in Scottish Isles or Ireland.

The two biggest Whisky producers in Japan and major rivals are Nikka and Suntory.

In the U.S., Irish Whiskey sales have jumped by over 500% since 2002. It’s the fastest growing category in the Spirits industry. There’s some news to raise your glass to.

Is it spelled Whisky or Whiskey? Maybe you’ve noticed it before, but let’s just take a wee moment to help you keep your Es in order with this simple rule: There is an E in the word Ireland, so there is also an E in their Whiskey. The rule also holds true for United States, so while there is no E in Scotland, Japan and Canada the same goes for their Whisky. All clear? Good.

Can Scotch go bad? Technically, an unopened bottle of Scotch can last forever. Air is the only true evil to Whisky; once the liquid is oxidized it is no longer immortal. After opening, as long as you store your Whisky in a cool, dry place, it will last another 5 years.

Blended Whiskies are the result of years of craftsmanship and dedication. A master blender does not simply wake up one day with a profound ability to create a cohesive and enjoyable liquid. From nosing the liquid to working out quantities of each different grain and malt to go into the blend, a master blender can take years, if not decades, to train.

William Grant, who founded the Glenfiddich Distillery, spent the first twenty years of his career working at Mortlach.

Scotland is home to more than 20 million casks of maturing Whisky. That’s four for every person living there. Nuts!

We look forward to seeing you soon!
From the team at the Rose & Crown.

We look forward to seeing you soon!
From the team at the Rose & Crown.